I absolutely loved having the opportunity to go on this week-long mission trip with some amazing people from my church (First Presbyterian Church of West Chester) to an underprivileged area in Philadelphia and do various projects that would help people around the community. I am not exaggerating when I say this was one of the best weeks of my life – as per usual on mission trips, I became so close with the group of people that I traveled with and I had some legitimately life-changing experiences during the week.

On Monday we went to the first of 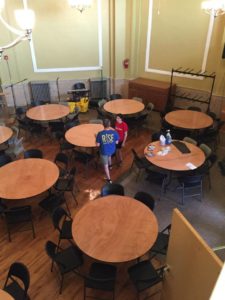 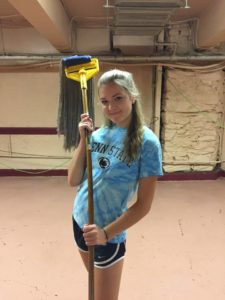 throughout the week, which was a homeless shelter called Chosen 300. Its faith-based mission involves uniting people across different ethnicities, denominations, and economic backgrounds in a community of acceptance and service. My group and I spent the morning cleaning the entirety of the shelter in preparation for the ministry service and meal that would be served later that afternoon. The owner of Chosen 300 spoke to us, saying how grateful he was and how the work they do makes a profound difference in the lives of so many locals and beyond.

After working with Chosen 300, we went to volunteer at a children’s summer camp at the Harold O. Davis Memorial Baptist Church. Volunteering at this camp was hands-down my favorite part of the week. The young kids warmed up to us right away, and loved when we would play games with them or help them with their art projects. We played freeze dance, mafia, sang worship songs, and did a bunch of other activities with them to keep them entertained. And they LOVED it. Some of the children would attach themselves to us, refusing to let go of our hands or leave our laps. The two boys who I bonded with immediately and who kept coming back to me throughout the week were named Ervin and Zamir, and they were the sweetest, most sensitive boys ever. Zamir was super shy and always ran right to me when I came into the room. Ervin had the brightest, friendliest, warmest smile that I will carry an image of with me for a long, long time. Here is a picture of me with Ervin and Zamir: 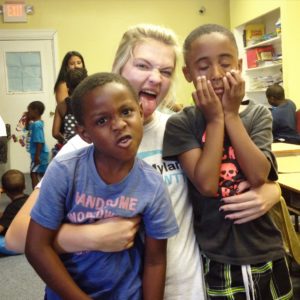 We had already had a pretty tiring day by the end of our time at Harold O. Davis on Monday, but we weren’t done yet! That evening we prepared some bagged lunches and went to a busy downtown area in Philly. None of us knew what to expect, but that night turned out to be the most eye-opening experience of the week. We participated in an activity called “Hands of Hope,” which involved going up to homeless people, offering them a bagged lunch, and having a conversation with them. To be honest, I was really nervous to do this. I couldn’t deny the preconceived notions I had about homeless people; I was scared that they would be unapproachable, unfriendly, or unwilling to talk to us. But I have never been more wrong about something. Each person we went up to was extremely thankful for the bagged lunch and more than willing to talk to us. I discovered very quickly that some of the most inspiring and hopeful people live in what seem like the most hopeless situations.

The first man I met was Walt, who took the lunch I offered him with a huge smile. During our conversation, I learned that Walt’s homelessness was a direct result of the tough economy, but this setback did not change his spirited attitude. He told me that although he had made mistakes with drugs and alcohol in his life, he had learned from his experience and was using it to turn his life around. According to Walt, you cannot live your life believing that you will never make mistakes. It is unrealistic, and to live a perfect life would be to just scratch the surface. It was inspiring to see that Walt recognized his homelessness as just a bump in the road, and it did not affect his determination. Walt’s mindset directly opposed all of my previously held beliefs about homeless people.

I met many other wonderful homeless men and women, who proved themselves to be normal people in abnormal situations. Jameela was a woman who had had to make tough decisions in her life, but ultimately did what would be best for her in the long run. John had left his home and wife after discovering she had committed adultery, but he still asked me to pray for her, hoping that she would find forgiveness and be changed. Karl told me all about his plans to find a job and change his situation. Everyone I met was different, but they were all inspiring. I will never forget that experience.

Tuesday began with a trip to the Inglis Home for wheelchair-bound residents, many of which were also suffering from mental illnesses. We spent the morning talking with and getting to know the residents and playing games with them because they had their mini-Olympics competition going on. One man named Ty was particularly interesting and engaging. He loved telling us about his passion for art and took us to se 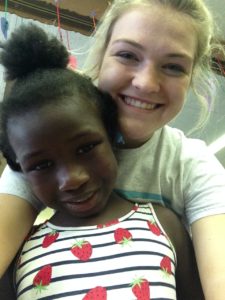 e his collection of paintings and poetry, which were amazing. I was honored that he wanted to show us something that was obviously so special to him. Afterwards we went back to the children’s camp for another day of fun and happiness at seeing how cheerful and interactive all of the kids were. 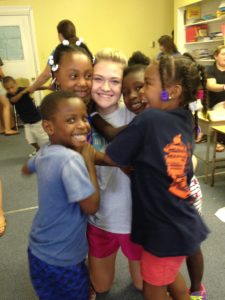 On Wednesday we went on a prayer tour through Philadelphia, visiting some of the most underprivileged and impoverished areas. We prayed for the people living in the undesirable conditions and discussed the different forms of action that can be taken to counter this poverty. It was eye-opening and made me realize how often I take for granted so many things in my life that seem so simple, like having air conditioning or feeling safe when I go to sleep.

In the afternoon we volunteered with the Ray of Hope Project, a nonprofit organization dedicated to rehabilitating areas in Philadelphia that are in disrepair. We spent hours cleaning up the yard of a home that was for sale – clipping away weeds and vines, mowing the lawn, sweeping the curb, and picking up the seemingly endless trash deposits that were strewn about the property. In a matter of time, the home that was once unappealing and unapproachable looked like a perfectly groomed place to live. 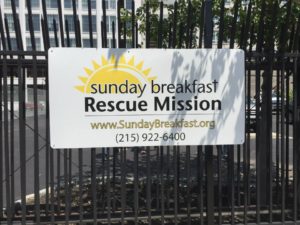 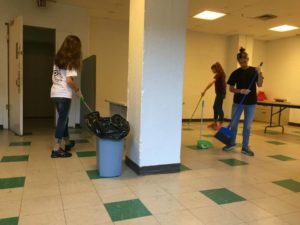 y of service, and we began with a trip to another homeless shelter – the Sunday Breakfast Rescue Mission. Again, we were enlisted to clean the facility inside and out and afterwards we were given the opportunity to serve a meal to the occupants of the shelter and talk to them. It was hours of grueling work cleaning the shelter, but it was really rewarding to see our work pay off. Then we returned to the kid’s camp one last time, and it was hard to say good-bye to those we had bonded with throughout the week. Ervin started to cry when I had to go, which was simultaneously the saddest and cutest thing ever.

And this just scratches the surface of all that we did during the week. When we weren’t volunteering, my group and I were getting to know each other over meals, games, and sending hilarious snapchats from the same room when we were supposed to be going to sleep. We ran through a fountain in Philly, took pictures by the waterfront, had philosophical conversations late at night, acted like fools in Target, ate at a different ethnic restaurant each night, and played card games with other youth groups at the little place we were staying. I had an amazing week and would not trade these memories or the friendships I made for the world! 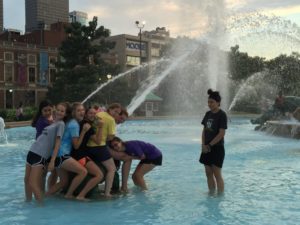 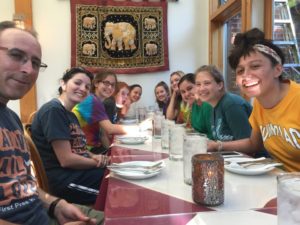 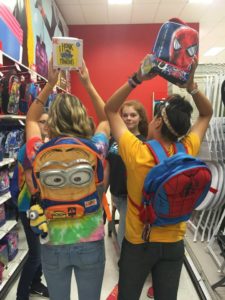 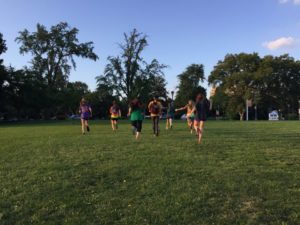 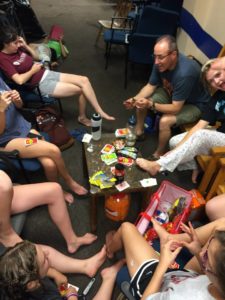 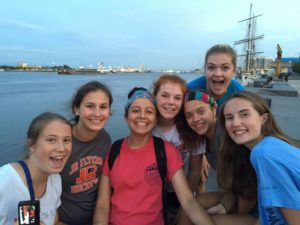 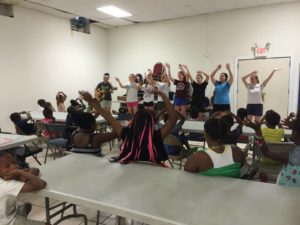 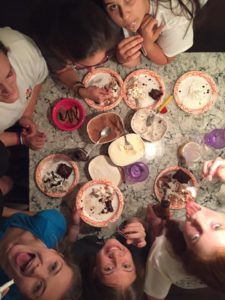